On June 27,2016, Sen. Robert P. Casey Jr. (D., PA) said he would press for the legislation that would force furniture producers to keep mandatory stability standards. This legislation was caused by the fact that every 24 minutes in the U.S. a child goes to the emergency room because of a tip-over accident involving furniture or a TV.

According to the U.S. Consumer Product Safety Commission, 38,000 Americans received medical assistance in emergency rooms because of falling TV sets and furniture, and two-thirds of that number are children younger than 5.

Most recent reports from the Consumer Product Safety Commission say that at least six children have been crushed to death and 36 injured by toppling Ikea chests, prompting the voluntary recall of about 29 million chests and dressers sold by popular retailers. 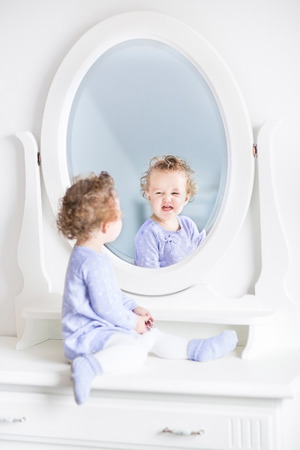 The company is offering a refund or repair kit for affected dressers, including the MALM and other styles, said the CPSC. Furniture manufactured between 2002 and 2016 will entitle customers to a full refund; consumers can receive a partial store credit for items manufactured before 2002. Upon request, the company will send a crew to install the wall anchor for customers who do not want to do it themselves. In the meantime, the CPSC is encouraging consumers to store the dresser where children will not have access to it. At least four of the deaths were the result of unanchored chests.

How do furniture tip-over accidents happen?

NPR (National Public Radio) says that the dressers and chests in question can be pulled over by a child if they are not securely attached to a wall. When multiple drawers are opened, or if a child opens drawers and attempts to climb on them, even dressers that seem too heavy for a child to move can become vulnerable to tipping. (Seemingly stable televisions can pose a similar hazard.)

Are there any industry manufacturing standards?

The current standard, in effect since 2009, calls for furniture to remain steady when all drawers are open and when a 50-pound weight is placed at the front of a drawer. That is meant to simulate a child around the age of 5 attempting to climb on furniture.

There are safety standards that make dressers more stable, but they are currently voluntary. Some lawmakers, like Senator Casey, are pushing for legislation to make the standards mandatory, says the Philadelphia News.

What else is being done to prevent furniture tip-overs?

As part of the Anchor It! Campaign by the CPSC, cards and posters providing tips and describing the hidden dangers of tip-overs, as well as the simple steps to eliminate these dangers, are being distributed to parents and caregivers of toddlers at daycare centers and pre-schools. These safety steps advise consumers to:

Fort Myers Child Injury Attorney Randall L. Spivey is a Board Certified Trial Attorney – the highest recognition for competence bestowed by the Florida Bar and a distinction earned by just one (1%) percent of Florida attorneys. He has handled over 2,000 personal injury and wrongful death cases throughout Florida. For a free and confidential consultation to discuss your legal rights, contact the Spivey Law Firm, Personal Injury Attorneys, P.A., in Lee County at 239.337.7483 or toll free at 1.888.477.4839,or by email to Randall@SpiveyLaw.com. Visit SpiveyLaw.com for more information. You can contact Spivey Law Firm, Personal Injury Attorneys, P.A.in Charlotte County at 941.764.7748 and in Collier County 239.793.7748.