According to The Wall Street Journal September 9, 2013 article "Pharmacy Dangers Persist", many believe the answer is No.

It has been more than a year since the nationwide outbreak of fungal meningitis caused by the New England Compounding Center in Massachusetts. Since the outbreak began in September 2012, more than 700 out of 14,000 people receiving tainted injections have fallen ill, including 24 this year. Tom Collier, the Deputy Chief of the CDC's (Center for Disease Control) mycotic-diseases branch says, "There's no way this is over for several years."

Recalls of products have increased in 2013.  On August 11, Specialty Compounding LLC in Cedar Park, Texas, voluntarily recalled all its sterilized products following the development of bloodstream infections in 15 people. 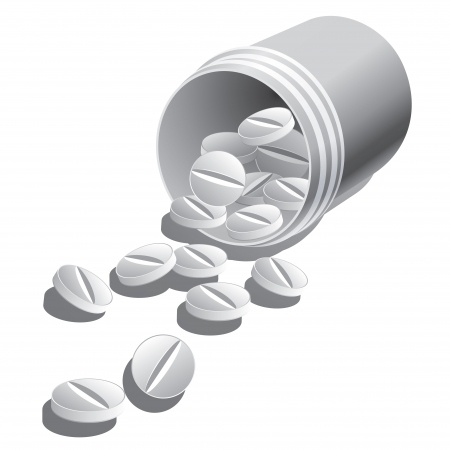 Proposed legislation is before the Senate to give the FDA (Food and Drug Administration) oversight of the large compounding pharmacies subjecting them to the same regulations as other pharmaceutical manufacturers. But  The Wall Street Journal reports that the tighter rules on compounders are slow to emerge.

The House of Representative did pass a bill on Saturday, September 28, 2013.  This bill would allow compounding pharmacies to voluntarily place themselves under FDA regulation and giving the FDA authority to perform inspections.  However, The Wall Street Journal article says that the legislation does not draw a clear line defining which, if any, compounders must be regulated by the FDA.

The Massachusetts House of Representatives on Wednesday, October 2, 2013, unanimously approved a bill which would require special licenses for compounding pharmacies and require by law that they be subject to unannounced inspections.  The bill now goes to the Massachusetts Senate.

Fort Myers personal injury attorney, Randall Spivey unfortunately has seen, and continues to see, the effects of defective drugs. "Remember," says Attorney Spivey, "patients have the right to know what drug, or drugs, are being used in their treatment. Defective drug cases are complex," said Attorney Spivey. "They require an experienced legal team, such as the Defective Drug Team at Spivey Law Firm, Personal Injury Attorneys, P.A. to build strong personal injury claims."

Southwest Florida Defective Drug Injury Attorney, Randall L. Spivey is a Board Certified Civil Trial Attorney – the highest recognition for competence bestowed by the Florida Bar and a distinction earned by just one (1%)  percent of Florida attorneys. He has handled over 2,000 personal injury and wrongful death cases throughout Florida. For a free and confidential consultation to discuss your legal rights, contact the Spivey Law Firm, Personal Injury Attorneys, P.A., in Lee County at  239. 337.7483 or toll free at 1.888.477.4839, or by email to Randall@SpiveyLaw.com.  Visit SpiveyLaw.com  for more information. You can contact Spivey Law Firm, Personal Injury Attorneys, P.A. in Charlotte County at 941.764.7748 and in Collier County 239.793.7748.