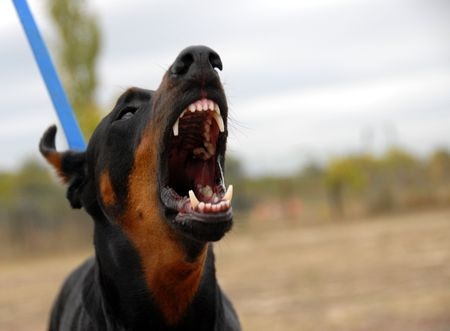 Not all dog attacks are minor. Some end up with severe injuries or even death.

The CDC (Centers for Disease Control) estimates that, in one year, dogs bite more than 4.5 million people in the United States. While the numbers vary, approximately 50 percent to 72 percent of the victims are children. The elderly, at around 20 percent, account for the next largest group. Annually, about 800,000 bites require emergency medical treatment. Further reports state that more than 500 Florida residents are bitten severely enough to require hospitalization and an average of two Floridians die due to dog bite injuries.

Many states hold dog owners liable only if the dog owner knows his/her dog is dangerous. In Florida, that is not the case as Florida is a “strict liability” state. This means that a Florida dog owner can be held liable when his/her dog bites a   person even if the owner did not know and see warning signs that the dog could bite. The person, or persons, injured do not have to prove a lack of reasonable care caused the dog bite.

The owner of a “dangerous” dog is not to permit the dog to be outside a proper enclosure without a muzzle, a substantial restraint such as a chain or leash, and be under the control of a competent person.

If a dog that has previously been declared dangerous attacks or bites a person or a domestic animal without provocation, the owner is guilty according to Statute 767, of a misdemeanor of the first degree, which can carry a penalty of up to one year in jail. In addition, the dangerous dog shall be immediately confiscated by an animal control authority, placed in quarantine, if necessary, for the proper length of time, or impounded and held for 10 business days after the owner is given written notification.

If a dog that has previously been declared dangerous attacks and causes severe injury to or death of any human, the owner is guilty of a felony of the third degree, punishable by up to 20 years in jail.

“Dog bites and attacks easily can result in very serious injuries and permanent disfigurement. These types of injuries often cause scarring and tearing of the skin that can require extensive treatment and repair in order to remediate the cosmetic damage. This course of treatment is often very painful for the victim. Furthermore, if the victim is a very small child or a weak, elderly person, the attack may result in fatal injuries. Contact the personal injury team at Spivey Law Firm, Personal Injury Attorneys, P.A. to determine your rights if you or a loved one has been involved in an animal attack,” said Fort Myers Animal Attack Attorney, Randall Spivey.

Fort Myers Animal Attacks Lawyer, Randall L. Spivey is a Board Certified Trial Attorney – the highest recognition for competence bestowed by the Florida Bar and a distinction earned by just one (1%) percent of Florida attorneys.  He has handled over 2,000 personal injury and wrongful death cases throughout Florida.  For a free and confidential consultation to discuss your legal rights, contact the Spivey Law Firm, Personal Injury Attorneys, P.A., in Lee County at 239.337.7483 or toll free at 1.888.477.4839,or by email to Randall@SpiveyLaw.com.  Visit SpiveyLaw.com for more information.  You can contact Spivey Law Firm, Personal Injury Attorneys, P.A.in Charlotte County at 941.764.7748 and in Collier County 239.793.7748.