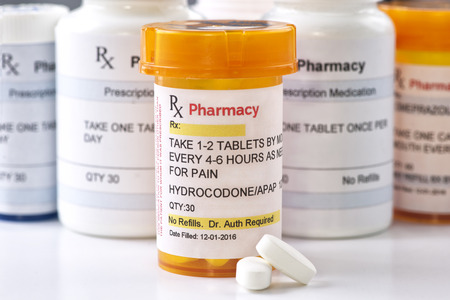 rugged driving is on the rise. For the first time, people involved in fatal crashes are more likely to have drugs than alcohol in their systems. This was recently brought to the public’s attention in the high-profile arrest of golf legend, Tiger Woods.

In “Tiger Woods is the New Face of America’s Drugged Driving Problem” published in The Atlantic, it said that shortly after being arrested for driving under the influence near his home in Jupiter, Florida May 29, 2017 Tiger Woods issued a statement saying the incident was the result of “an unexpected reaction to prescribed medications, not alcohol.” According to police documents, he had failed a breathalyzer test and had fallen asleep in his car. Police reported that Mr. Woods told them he was taking Soloxes, a muscle relaxant combined with an anti-inflammatory, and Vicodin, a powerful pain killer.

How frequently are drugs present in drivers?

According to an April 2017 report from the Governors’ Highway Safety Association, both illegal and prescription drugs have been found in the bodies of fatally injured drivers almost 43 percent of the time; whereas alcohol was found in 37 percent of the drivers.

The effects of drugs on a driver

The Maine Department of Public Safety (MDPS), Bureau of Highway Safety says that a drug is a substance that changes your feelings, perceptions and behavior when you use it. Once under the influence of a drug, you become a poor judge of your ability to drive. While most people expect that illegal drugs such as hallucinogens, stimulants, inhalants and narcotics will have serious negative effects on their driving abilities, they are not very well-informed of the effects of prescription and over-the-counter drugs. MDPS reports the following:

Florida laws prohibit driving under the influence of drugs

A Florida motorist can be convicted of a drug DUI (called DUID) for driving or being in “actual physical control” of a vehicle while under the influence of certain “harmful chemicals” or “controlled substances.” (Florida Statute §316.193).

Drivers who are on prescription medications should speak with their doctors or pharmacists about their effects on driving and the complications which may arise when combining prescribed medications with over-the-counter substances.

“If you or a loved one has been injured in an accident, contact the Fort Myers DUI Accident Attorneys at Spivey Law Firm, Personal Injury Attorneys, P.A.,” said Attorney Randall Spivey.

Fort Myers DUI Attorney,Randall L. Spivey is a Board Certified Trial Attorney – the highest recognition for competence bestowed by the Florida Bar and a distinction earned by just one (1%) percent of Florida attorneys.  He has handled over 2,000 personal injury and wrongful death cases throughout Florida.  For a free and confidential consultation to discuss your legal rights, contact the Spivey Law Firm, Personal Injury Attorneys, P.A., in Lee County at 239.337.7483 or toll free at 1.888.477.4839,or by email to Randall@SpiveyLaw.com.  Visit SpiveyLaw.com for more information.  You can contact Spivey Law Firm, Personal Injury Attorneys, P.A.in Charlotte County at 941.764.7748 and in Collier County 239.793.7748.