The National Highway Traffic Safety Administration (NHTSA) requested that the states supply data to them reflecting how many drunk-driving offenders had prior DUI convictions on their records. Twelve of the fifty states submitted data. Using this data the NHTSA found out that nearly one-third of all the DUI arrests and convictions involved repeat drunk-driving offenders. 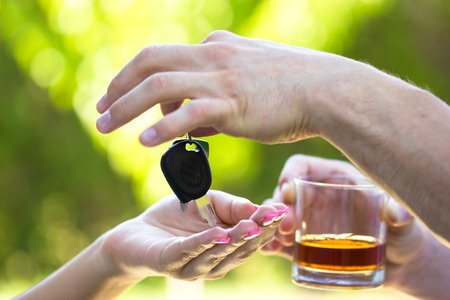 According to MADD (Mothers Against Drunk Driving) in the last year there were 797 drunk-driving fatalities which represent 0.27 percent of all total traffic deaths, a 14.8 percent increase from the previous year. During this time there were 26,291 DUI convictions, of these there were 113,076, 3-time offenders and 11,681, 5-time offenders.

One of the victims of a repeat offender, according to WPBF in West Palm Beach, Florida, said in 2015:

"We came to a stop at a red light and next thing you know, I heard a loud bang, and I'm like, 'What just happened?'” The pictures from the accident scene reveal the force of the collision in the mangled cars and shattered glass. There is one image the driver said she would never forget. "My baby, who was 15 months old at the time, was still strapped to his car seat, basically, the roof of the car," she said. Her baby was fine, but the baby’s mother lives with constant pain."I've got herniated and compressed discs in my lower back now," she said.  "I don't like to be alone in the car. I think something is going to happen."

According to the accident report, the driver who hit the mother’s car was driving drunk that night. Court records show she was charged with felony DUI.  She had been previously convicted of three DUIs before the accident.

Here are some sobering statistics from MADD:

How do those convicted of DUI repeatedly continue to drive?

According to a Today Jeff Rossen report in March 2015, some states have weak laws: Anti-drunk-driving advocates say that several states have laws so weak that a drunk-driving conviction is merely a misdemeanor no matter how many times the driver has been arrested, often resulting in just a license suspension, or minimal jail time at most.

The website, Alcohol Problems and Solutions, says that the penalties do not always deter drunk drivers. Regardless of potential large fines, jail or prison sentences for alcohol offenses, heavy drinkers do not appear to be deterred.

“We need to find better ways of identifying the persistent drinking drivers and affecting their behavior,” said the NHTSA.

“Since we are in the holiday season when the number of potential DUI drivers increases, we ask everyone to please drink and drive responsibly. If you are drinking, have a designated driver selected before-hand. If you are having a party, be sure to be a responsible host. If you are a friend of a drinker, do not let your friend drink and drive. We can all make a difference this holiday season,” said Fort Myers DUI Accident Attorney, Randall Spivey of Spivey Law Firm, Personal Injury Attorneys, P.A.

Hurt By Drunk Driver Attorney, Randall L. Spivey is a Board Certified Trial Attorney – the highest recognition for competence bestowed by the Florida Bar and a distinction earned by just one (1%) percent of Florida attorneys.  He has handled over 2,000 personal injury and wrongful death cases throughout Florida.  For a free and confidential consultation to discuss your legal rights, contact the Spivey Law Firm, Personal Injury Attorneys, P.A., in Lee County at 239.337.7483 or toll free at 1.888.477.4839, or by email to Randall@SpiveyLaw.com.  Visit SpiveyLaw.com for more information.  You can contact Spivey Law Firm, Personal Injury Attorneys, P.A.in Charlotte County at 941.764.7748 and in Collier County 239.793.7748.