Hoverboards - Too Dangerous for Amazon

Amazon pulled all hoverboards from their listed items for sale on Tuesday, February 23, 2016. This action follows the CPSC’s (Consumer Product Safety Commission) saying “…they (hoverboards) pose an unreasonable risk of fire.” Toys R Us and Target have also pulled hoverboards from their websites, according to Ben Fox Rubin of CNet. 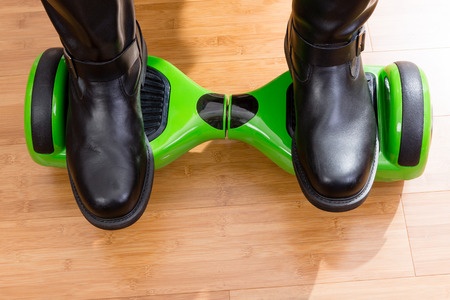 The CPSC reports that there are no hoverboards previously, or now, on the market which even meet its voluntary standards.

NBC News reported that hoverboards have come under increasingly intense scrutiny in the United States and abroad because of reports they self-combust causing serious injuries. There have been a number of the two-wheeled electric scooters bursting into flames both while charging and while in use.

“In December 2015 we discussed the danger of hoverboards in our blog Hoverboards – The Most Dangerous Holiday Gift,” said Fort Myers Defective Products Attorney, Randall Spivey of Spivey Law Firm, Personal Injury Attorneys. “We applaud Amazon, Target and Toys R Us for withdrawing them (hoverboards) from sale.”

Several measures are being taken to improve hoverboard safety:

Underwriters Laboratories (UL), the company that does federally-recognized safety testing and certification of consumer products, announced Tuesday February 2, 2016 that manufacturers of self-balancing scooters  (hoverboards) can now submit their products for evaluation. While UL has tested battery cells, chargers and power supplies as individual components for years, this is the first time that the entire hoverboard will be tested for electrical and fire safety as a system. Products that pass testing will be listed in UL's online certifications directory, according to NBC News.

The CPSC issued a letter to all hoverboard manufacturers, importers and retailers on February 2, 2016 requiring them to make sure the hoverboards they make and sell comply with UL Safety standards. According to UL Consumer Safety Director John Drengenberg, “No hoverboard has passed the certification process at this time.”

In January 2016, Consumer Product Safety Chairman Elliot Kaye announced that in addition to their investigation of 52 hoverboard fires in 24 states, they are expanding their investigation into falls associated with hoverboards due to the increasing number of serious injuries and ER visits associated with these products.  “There are no safety standards for these self-balancing products. There are certain basic safety technologies we expect these units to have that should prevent overheating and potential combustion,” said  Mr. Kaye.

Delta Air Lines, American Airlines and United Airlines banned the devices, and Overstock.com announced in 2015 that it would stop selling them.

Amazon sent out a notice December 14, 2015, to all hoverboard sellers to provide documentation demonstrating that all hoverboards they list are compliant with applicable safety standards, including UN 38.3 (battery), UL 1642 (battery), and UL 60950-1 (charger).

The New York MTA (transit authority) banned hoverboards on all buses and trains in late January 2016.

In Chicago, U.S. Customs and Border Protection announced in late January that it had confiscated more than 16,000 imported hoverboards that contained unauthorized batteries and fake trademark logos.

Swagway, one of the leading hoverboard sellers in the country, is telling customers to stop using its devices in the interim.

Naples Defective Products Attorney, Randall L. Spivey is a Board Certified Trial Attorney – the highest recognition for competence bestowed by the Florida Bar and a distinction earned by just one (1%) percent of Florida attorneys.  He has handled over 2,000 personal injury and wrongful death cases throughout Florida.  For a free and confidential consultation to discuss your legal rights, contact the Spivey Law Firm, Personal Injury Attorneys, P.A., in Lee County at 239.337.7483 or toll free at 1.888.477.4839,or by email to Randall@SpiveyLaw.com.  Visit SpiveyLaw.com for more information.  You can contact Spivey Law Firm, Personal Injury Attorneys, P.A.in Charlotte County at 941.764.7748 and in Collier County 239.793.7748.