Is Florida's Red Light Program A Thing Of The Past? 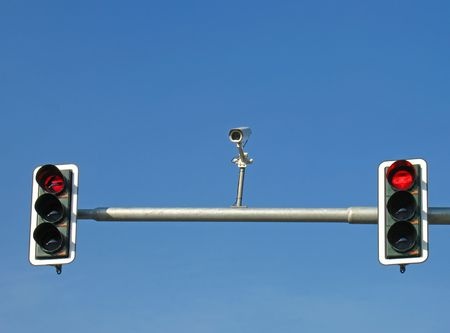 By a vote of 4-3 on Thursday, February 4, 2016, Florida’s Senate Transportation Committee approved a measure to eliminate red light cameras. Senator Jeff Brandes said that “cities and counties use the devices as cash registers rather than for legitimate safety purposes.” His bill, if passed, would eliminate the Florida red light program.

Is profit the reason for having red light camera programs?

A 10 News (Tampa) investigation in 2015 reported that, “More cities and counties are deciding to end their red light camera programs after longer yellow lights slashed their abilities to profit off the technology.” 10 News reported that the first $83 of every $158 violation goes to the state of Florida leaving cities and counties with $75 per ticket to pay their camera contracts. Per year the cameras can cost upwards of $50,000. With shorter yellow lights, cities and counties were able to receive millions of dollars in fines. (In 2013 Collier County eliminated its red light camera program.)

How does the red light camera program work?

When a vehicle enters an intersection, a red light camera takes its picture. These cameras can be seen at many intersections in southwest Florida. They are mounted near traffic intersections and photograph license plates in order to identify red light runners. A law enforcement official will review photographic evidence to be sure there was an infraction.

The Governors Highway Safety Association statistics show that 21 states, the District of Columbia and the U.S. Virgin Islands have laws permitting some form of red light camera use. There are 10 states which prohibit their use, and 19 states with no state laws concerning red light cameras.

Who advocates for red light cameras?

The National Coalition for Safer Roads when referring to a Texas Transportation Institute 2011 study says that red light cameras are effective in preventing crash-related deaths and injury. Here are the highlights of the state’s study:

What do opponents of red light cameras say?

There are opponents, one such being the National Motorists Association. The reasons they give for the red light camera programs ineffectiveness are:

Whether a person is for or against the red light program, should the program be eliminated, will the accident rate at red lights increase? This question is yet to be answered.

“Intersection crashes are serious. Should you or a loved one be injured in a vehicle accident, contact the experienced team at Spivey Law Firm, Personal Injury Attorneys, P.A.,” said Fort Myers Vehicle Accident Attorney, Randall Spivey.

Fort Myers Vehicle Accident Attorney, Randall L. Spivey is a Board Certified Trial Attorney – the highest recognition for competence bestowed by the Florida Bar and a distinction earned by just one (1%) percent of Florida attorneys.  He has handled over 2,000 personal injury and wrongful death cases throughout Florida.  For a free and confidential consultation to discuss your legal rights, contact the Spivey Law Firm, Personal Injury Attorneys, P.A., in Lee County at 239.337.7483 or toll free at 1.888.477.4839,or by email to Randall@SpiveyLaw.com.  Visit SpiveyLaw.com for more information.  You can contact Spivey Law Firm, Personal Injury Attorneys, P.A.in Charlotte County at 941.764.7748 and in Collier County 239.793.7748.