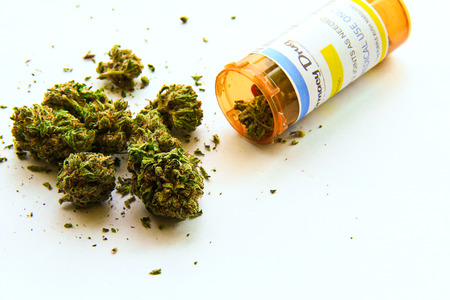 There are two types of cannabis products that may be ordered by qualified physicians according to FloridaHealth.gov:

Using marijuana for medical reasons is now legal in nearly half of the states in the U.S., and in recent years the states of Alaska, Colorado, Oregon and Washington have passed laws allowing people to use marijuana recreationally. These laws have raised serious concerns about drug-impaired driving.

Does marijuana use affect driving?

With the passage of Amendment 2, Florida became the first Southern state to enact a robust medical marijuana regime. According to the National Institute on Drug Abuse, “Marijuana significantly impairs judgment, motor coordination, and reaction time, and studies have found a direct relationship between blood THC concentration and impaired driving ability.”

According to the AAA Foundation for Traffic Safety, fatal crashes involving drivers who recently used marijuana doubled in the state of Washington after it legalized the drug.

How can marijuana use be regulated to keep our roads safe?

It is reported that the science is not clear on what exactly constitutes driving while high, and how to measure it. This is different from using a person's blood levels of alcohol to reliably predict his or her level of impairment. The problem arises, according to LiveScience.com, because the actual impairment caused by marijuana occurs when THC enters the fatty tissue in the brain, and THC in the blood may spike before the peak effects of the drug take hold.

"Marijuana use in driving is a growing, contributing factor to fatal crashes," said Jake Nelson, the director of traffic safety advocacy and research at the American Automobile Association (AAA). "It's a highway safety problem that we should all be concerned about. There is no number that we can use to reliably predict impairment," Nelson said. "Alcohol and cannabis are very different drugs. They behave in the body in very different ways, and trying to use the system from alcohol is not the way to go."

In a LiveScience.com May 2016 article titled, Does Driving High on Marijuana Increase Fatal Crashes?, researchers found that 70 percent of drivers who failed sobriety tests, and whose impairment was attributed to marijuana by drug-recognition experts, still had blood levels of THC lower than 5 nanograms per milliliter.

What does the Florida law say?

Even if driver impairment is due to prescribed drugs, such as marijuana, it is a crime. Florida statutes say that a person is guilty of driving under the influence if he or she is found to be impaired by alcohol, any chemical substance or any controlled substance listed in the Florida Statutes.

Hurt By Drunk Driver Attorney, Randall L. Spivey is a Board Certified Trial Attorney – the highest recognition for competence bestowed by the Florida Bar and a distinction earned by just one (1%) percent of Florida attorneys.  He has handled over 2,000 personal injury and wrongful death cases throughout Florida.  For a free and confidential consultation to discuss your legal rights, contact the Spivey Law Firm, Personal Injury Attorneys, P.A., in Lee County at 239.337.7483 or toll free at 1.888.477.4839,or by email to Randall@SpiveyLaw.com.  Visit SpiveyLaw.com for more information.  You can contact Spivey Law Firm, Personal Injury Attorneys, P.A.in Charlotte County at 941.764.7748 and in Collier County 239.793.7748.