U.S. Transportation Secretary Anthony Foxx, on August 29, 2016 issued the following comment in a press release, "Despite decades of safety improvements, far too many people are killed on our nation’s roads every year. Solving this problem will take teamwork, so we're issuing a call to action and asking researchers, safety experts, data scientists, and the public to analyze the fatality data and help find ways to prevent these tragedies.” 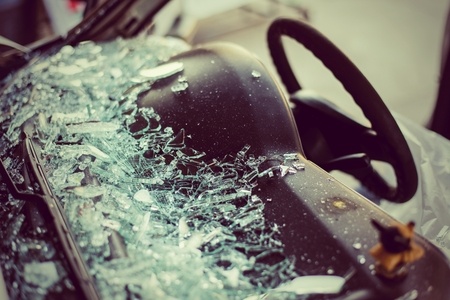 2015 ended a 5-decade trend of declining fatalities when the nation lost 35,092 people in traffic crashes. These fatalities were an increase of 7.2 percent over 2014. The final data released on August 29 by the U.S. Department of Transportation’s National Highway Traffic Safety Administration showed traffic deaths rising across nearly every segment of the population. The last single-year increase of this magnitude was in 1966, when fatalities rose 8.1 percent from the previous year.

Motorcycle fatalities on U.S. roads rose 10 percent according to estimates from the Governors Highway Safety Association. Those estimates show that more than 5,000 motorcycle riders died in 2015, up from 4,548 in 2014. That makes 2015 the third year in history when the fatalities were above 5,000.

Pedestrian deaths surged by an estimated 10 percent to 4,736 in 2015 according to Fox News.

Primary cause of deaths

Experts agree the most common causes for fatal vehicle accidents are:

In spite of the above safety precautions, the IIHS (Insurance Institute for Highway Safety) and other organizations report that:

Port Charlotte Personal Injury Attorney Randall L. Spivey is a Board Certified Trial Attorney – the highest recognition for competence bestowed by the Florida Bar and a distinction earned by just one (1%) percent of Florida attorneys. He has handled over 2,000 personal injury and wrongful death cases throughout Florida. For a free and confidential consultation to discuss your legal rights, contact the Spivey Law Firm, Personal Injury Attorneys, P.A., in Lee County at 239.337.7483 or toll free at 1.888.477.4839,or by email to Randall@SpiveyLaw.com. Visit SpiveyLaw.com for more information. You can contact Spivey Law Firm, Personal Injury Attorneys, and P.A. in Charlotte County at 941.764.7748 and in Collier County 239.793.7748.