What Factors Increase the Risk of Motorcycle Crashes?

The media reports on motorcycle accidents frequently in Southwest Florida. One such report involved a fatal crash between a motorcycle and a truck which happened on US-41 in Fort Myers at 10:16 p.m. January 15, 2017. Fort Myers police and fire departments, as well as the Lee County Sheriff's Office, responded to the scene. A witness said the motorcycle was heading north and could not stop when a truck driving south turned left into a Taco Bell. The person said the bike downshifted but could not stop in time and t-boned the truck's passenger side, according to an NBC-2 news report. 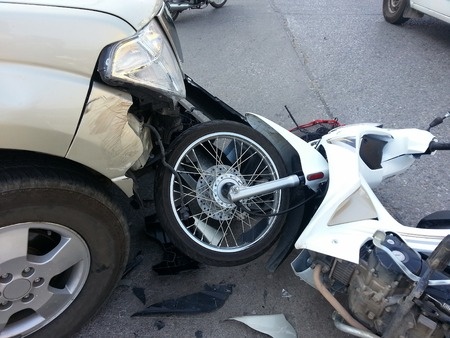 Motorcycle riding is riskier than driving an automobile as maintaining control is more difficult on two wheels. The rider must balance the bike while steering. When collisions happen, motorcyclists have a greater risk of serious injury or death because they have little protection and no safety belts.

The NHTSA (National Highway Traffic Safety Administration) reports that the most common motorcycle crashes include the following:

Research studies reported by the Insurance Institute for Highway Safety (IIHS) found a link between the following risk factors and resulting motorcycle crashes:

"If you or a loved one has been injured in a motorcycle crash, contact the experienced accident injury attorneys at Spivey Law Firm, Personal Injury Attorneys, P.A. to determine your rights," said Fort Myers Motorcycle Accident Attorney, Randall Spivey.

Ft. Myers Motorcycle Accident Attorney, Randall L. Spivey is a Board Certified Trial Attorney - the highest recognition for competence bestowed by the Florida Bar and a distinction earned by just one (1%) percent of Florida attorneys.  He has handled over 2,000 personal injury and wrongful death cases throughout Florida.  For a free and confidential consultation to discuss your legal rights, contact the Spivey Law Firm, Personal Injury Attorneys, P.A., in Lee County at 239.337.7483 or toll free at 1.888.477.4839, or by email to Randall@SpiveyLaw.com. Visit SpiveyLaw.com for more information. You can contact Spivey Law Firm, Personal Injury Attorneys, P.A.in Charlotte County at 941.764.7748 and in Collier County 239.793.7748.